The DARS lab performs cutting-edge research in methods (e.g., AI methods to predict user behavior) and applications (e.g., intelligent user interfaces) in the context of behavioral data analytics and recommender systems. We closely collaborate with both academic and industrial partners in Norway, the EU, and beyond, contributing to Norway's national research initiative on Artificial Intelligence (AI), as well as to current AI-related research challenges in the Norwegian industry sectors. Current main research application areas of the lab include: media, finance, energy, and health. The lab is a spin-out of the Intelligent Information Systems (I2S) group at the Department of Information Science and Media Studies at the University of Bergen. The lab collaborates closely with the Centre for Data Science (CEDAS) at the University of Bergen, the Norwegian Artificial Intelligence Research Consortium (NORA), and conducts research in collaboration with a network of renowned national and international scholars in the context of behavioral data analytics and recommender systems. Outputs of the lab are published in leading conferences and journals in the field of computer & information science and interdisciplinary venues such as: NATURE Sustainability, PlosOne, JASIST, EPJ Data Science, UMUAI, WWW, ICWSM, ACM IUI, ACM UMAP, ACM SIGIR, and ACM RecSys. The core lab members have won several Best Paper/Poster Awards and Nominations, including, the Best Paper Award Honorable Mention at WWW'17. The core team is involved in the co-organization of leading conferences in their fields of research such as ACM RecSys, ACM UMAP or ACM IUI and teaches tech-related courses such as Information Systems, Advanced Programming in Python or Recommender Systems at the University of Bergen. 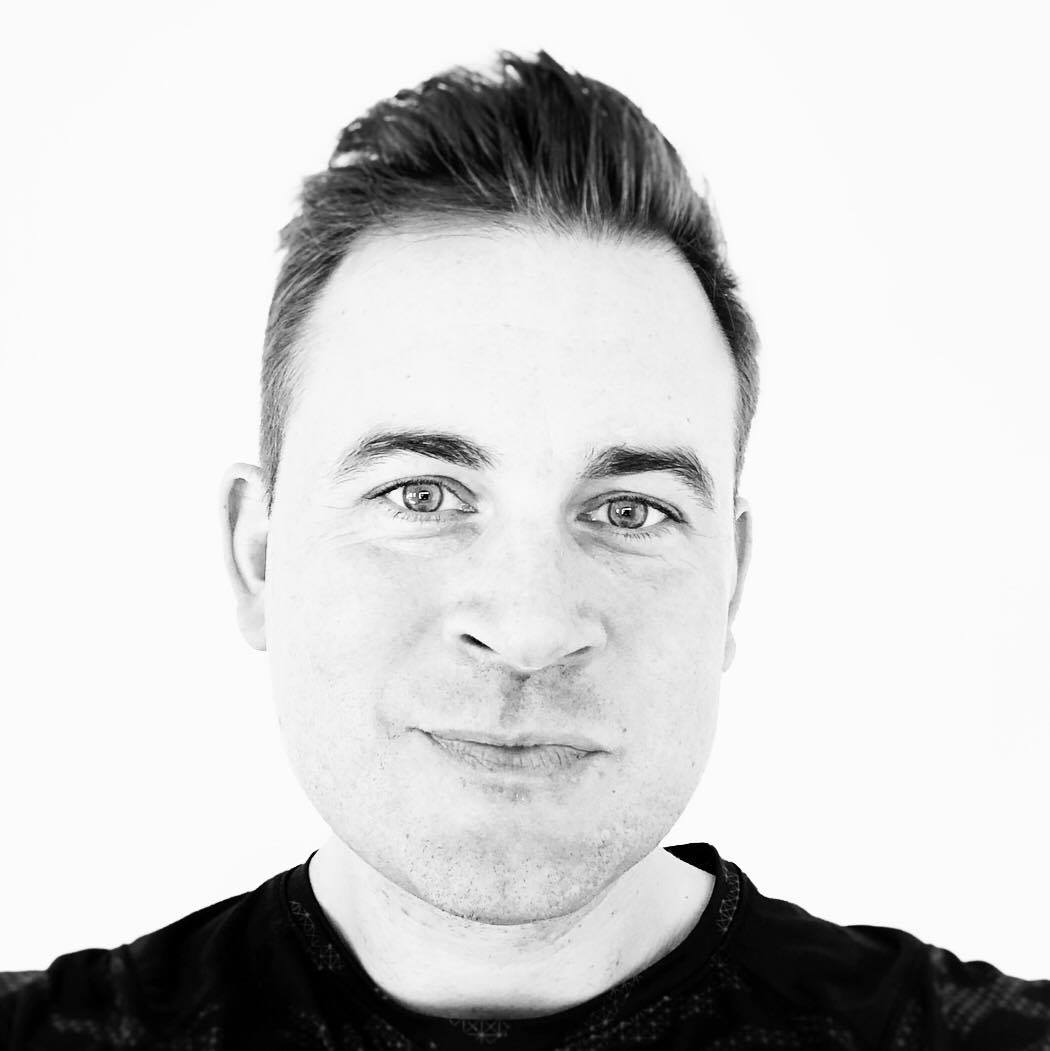 Christoph Trattner is an Associate Professor (permanent position) at the University of Bergen (UiB) in the Information Science & Media Studies Department. Previously to that he was an Asst. Prof. at MODUL University Vienna in the New Media Technology Department and a manager at the Know-Center, Austria's research competence for data driven business and Big Data analytics where he founded and led the Social Computing department. He holds a PhD (with distinction), an MSc (with distinction) and a BSc in Computer Science and Telematics from Graz University of Technology (Austria). Since, 2010 he co-acquired over 22 million euros in funding on European and international level in collaboration with major international industrial partners. Currently, he is leading several international research efforts that try to understand, predict and change online user behavior. He published over 100 scientific articles in top-notch venues, such as NATURE Sustainability, PlosOne, JASIST, EPJ Data Science, UMUAI, WWW, ICWSM or ACM SIGIR. He is the winner of several Best Paper/Poster Awards and Nominations, including, the Best Paper Award Honorable Mention at WWW'17. 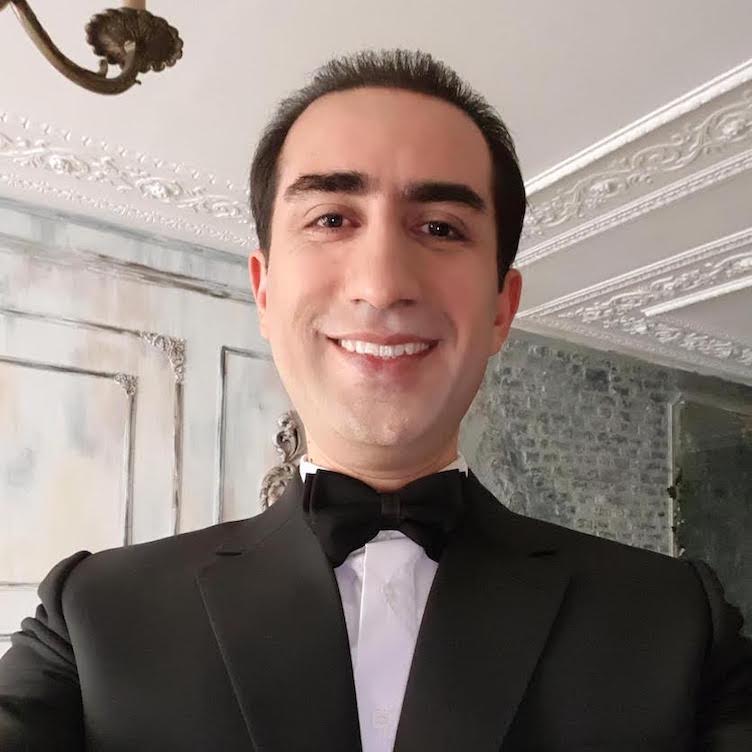 Mehdi Elahi is an associate professor at the University of Bergen (Norway). He received his M.Sc. degree in Electrical Engineering (Sweden) in 2010, and his Ph.D. degree in Computer Science (Italy) in 2014. Over the last 3 years, he has served as an assistant professor at the Free University of Bozen-Bolzano (Italy), where he has researched various aspects of recommender systems. He has (co-)authored more than 60 peer-reviewed publications in AI, RS, and HCI-related conferences and journals. Moreover, he has co-applied for a US-patent, and has co-authored several EU research proposals. On top of that, he has been awarded a number of industry and academic research grants, e.g., by Amazon and the Polytechnic University of Milan. He has been actively involved in the research and development of up-and-running mobile recommender systems for the food (ChefPad) and tourism domains (South Tyrol Suggests). He has provided various types of community services, such as co-organizing the ACM 2017 RecSys challenge (organized by XING), and has acted as an advisor to the 2018 RecSys challenge (organized by Spotify). 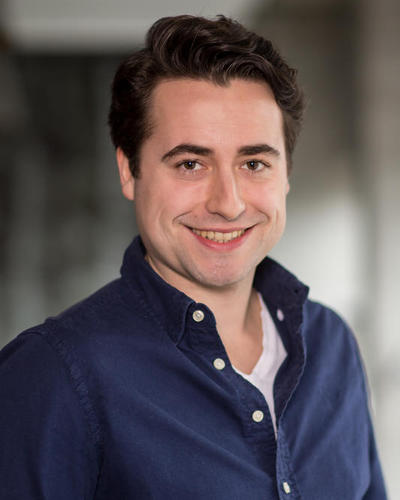 Alain Starke (1990) is a visiting PostDoc at the DARS lab until August 2020. He graduated cum laude at the Eindhoven University of Technology from the master's program Innovation Sciences in 2014. While writing his master's thesis, he landed a 'Research Talent' grant from the Netherlands Organization for Scientific Research (NWO) to pursue a PhD on energy recommender systems at the Human Technology Interaction group, supervised by dr.ir. Martijn Willemsen & prof.dr. Chris Snijders. Last February, he was awarded a ‘Niels Stensen Fellowship’ to fund one year of postdoctoral research on RecSys in behavioral change domains. As of September 2019, Alain has joined the DARS lab to work on psychologically-aware recommender systems in the food and news domains. 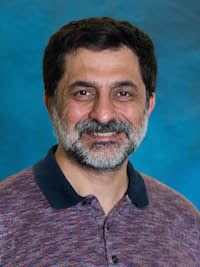 Peter Brusilovsky is a professor of Information science and Intelligent Systems (Artificial intelligence) at the University of Pittsburgh. He is known as one of the pioneers of Adaptive hypermedia, Adaptive Web, and Web-based Adaptive learning. He also published numerous articles in user modeling, personalization, educational technology, intelligent tutoring systems, and information access. Brusilovsky is ranked as #1 in the world in the area of Computer Education and #21 in the world in the area of World Wide Web by Microsoft Academic Search. According to Google Scholar, he has over 30,000 citations and h-index of 70. Brusilovsky's group has been awarded best paper awards at Adaptive Hypermedia, User Modeling, Hypertext, IUI, ICALT, and EC-TEL conference series. Among these awards are five prestigious James Chen Best Student paper awards. 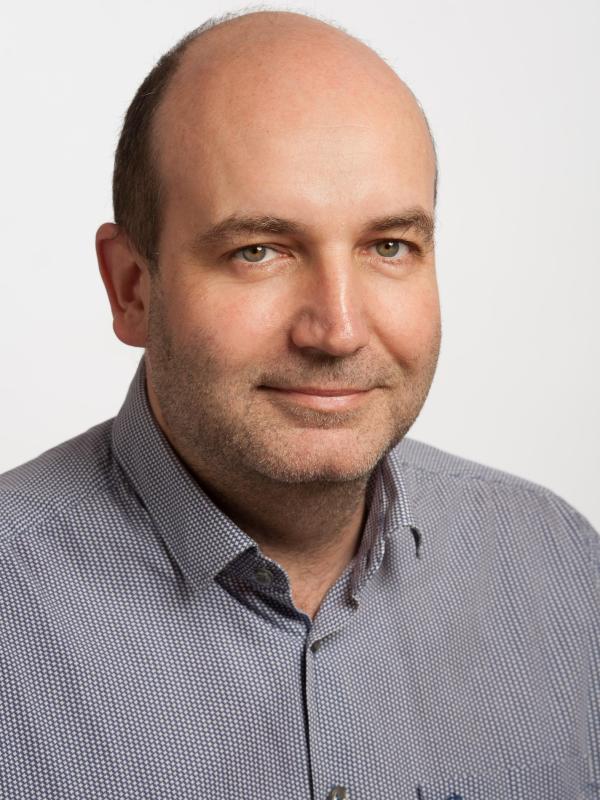 Dietmar Jannach is a full professor of Information Systems at AAU Klagenfurt, Austria. Before joining AAU in 2017, he was a full professor of Computer Science at TU Dortmund, Germany. In his research, he focuses on the application of intelligent system technology to practical problems and the development of methods for building knowledge-intensive software applications. In the last years, Dietmar Jannach worked on various practical aspects of recommender systems. He is the main author of the first textbook on the topic published by Cambridge University Press in 2010 and was the co-founder of a tech startup that created an award-winning product for interactive advisory solutions. 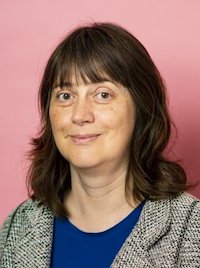 Judith Masthoff is a chair in Computing Science at Utrecht University, NL. Her research is in personalisation and intelligent user interfaces. She is interested in personalizing behavior change mechanisms for encouraging people to live more healthily and sustainably, and in adapting motivating and emotional support messages to personality. She has co-organized several events such as workshops on behavior change technology, and given tutorials on personalization for behaviour change. She serves as the editor in-chief of User Modeling and User-Adapted Interaction, and has guest-edited a special issue on Personalization and Behavior Change. She is a director of User Modeling Inc., the professional association of user modeling researchers. 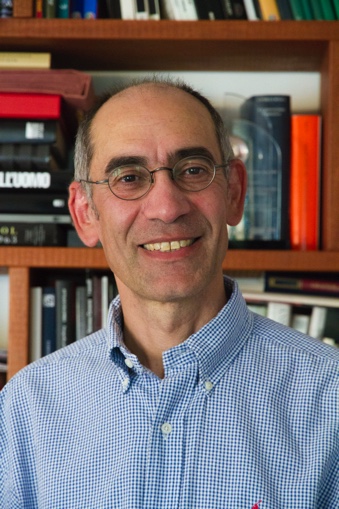 Francesco Ricci is full professor and dean of the Faculty of Computer Science at the Free University of Bozen. Since November 2012 he is with the Information and Database System Engineering research area. F. Ricci has established in Bolzano a reference point for the research on Recommender Systems. He has co-edited the Recommender Systems Handbook (Springer 2011, 2015), and has been actively working in this community as President of the Steering Committee of the ACM conference on Recommender Systems (2007-2010). He was previously (from 2000 to 2006) technical director of the eCommerce and Tourism Research Lab (eCTRL) at ITC-irst (Trento, Italy). F. Ricci is author of more than one hundred fifty refereed publications and, according to Google Scholar, has H-index 52 and around 17,000 citations. 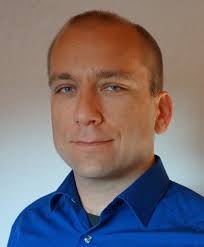 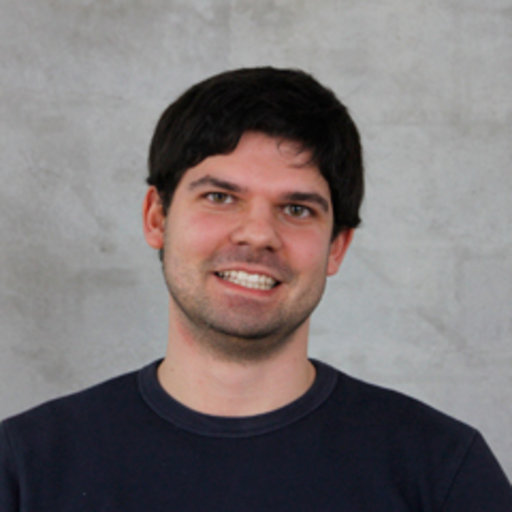 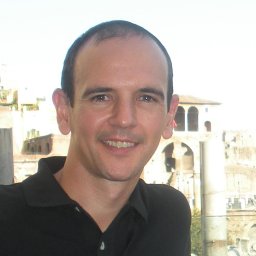 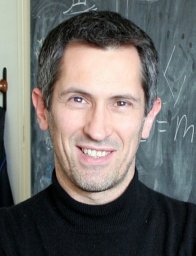 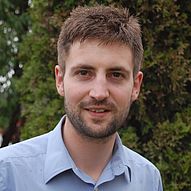 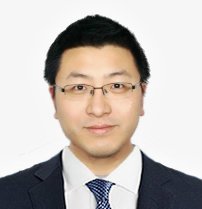 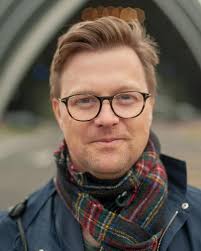 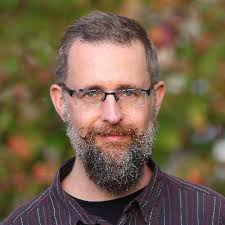 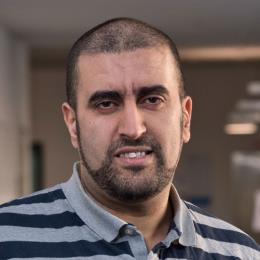 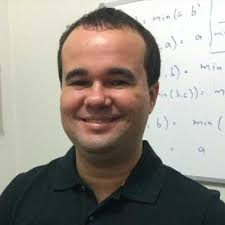 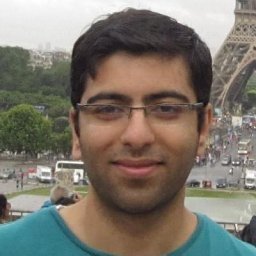 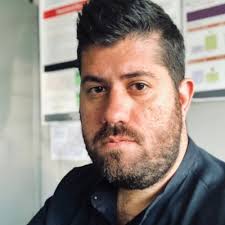 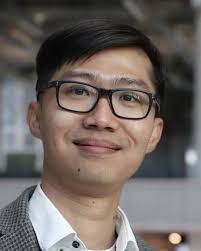 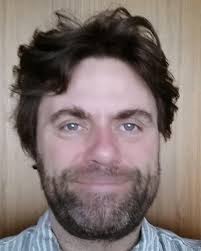 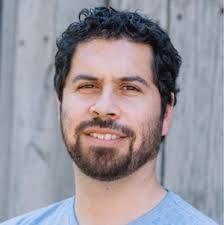 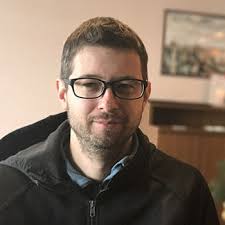 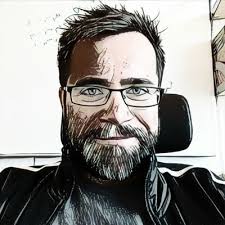 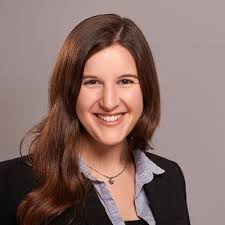 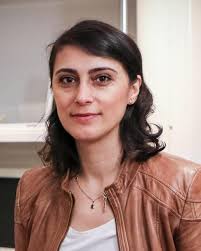 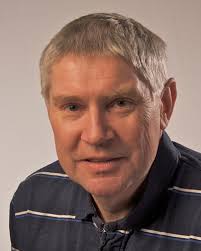 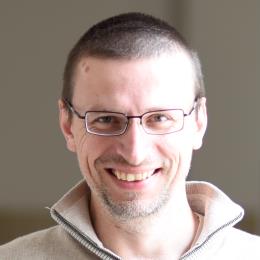 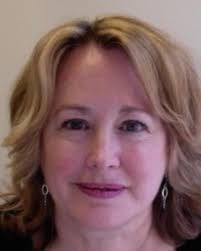 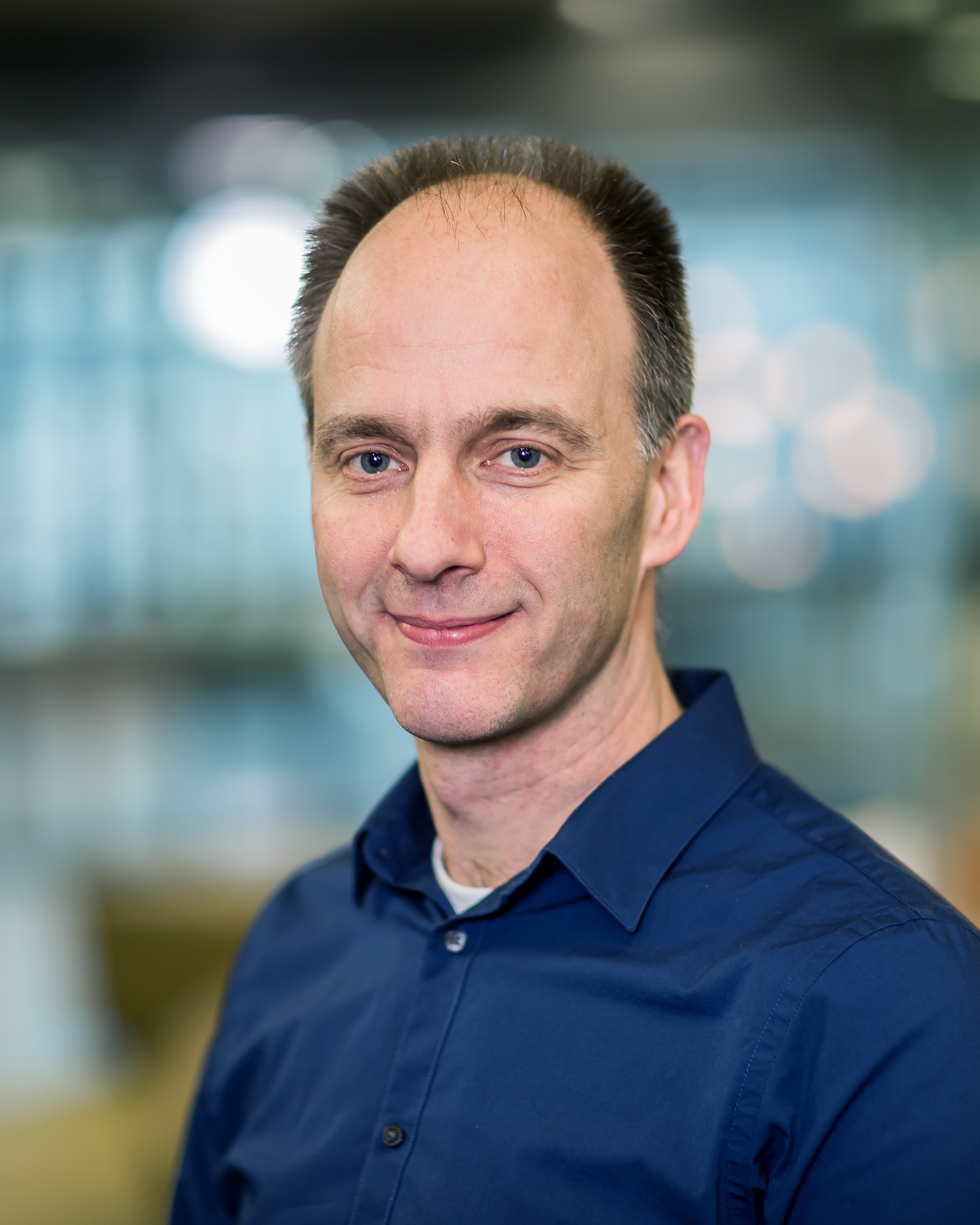